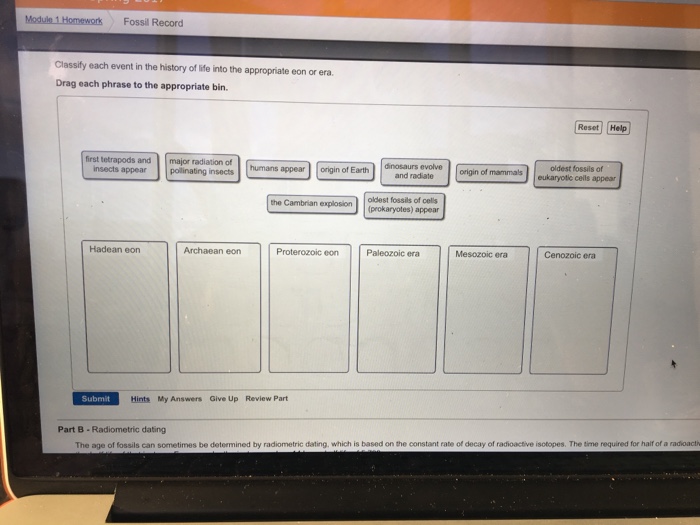 Classify each event in the history of life into the appropriate eon or era. Drag each phrase to the appropriate bin. The age of fossils can sometimes be determined by radiometric dating, which is based on the constant rate of decay of radioactive isotopes. The time required for half of a radioactive